New DWP statistics also show 86 per cent of capped households included children, and more than half were capped by more than £50 per week

New DWP statistics have revealed an 'unprecedented' increase of 665 per cent in the number of households on universal credit who had their benefit capped for the first time in the quarter to May 2020, as compared to the previous quarter. 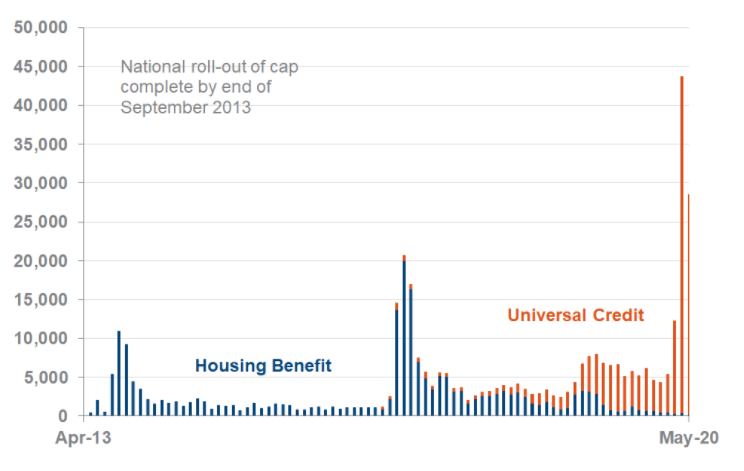 Addressing the exponential increase in capped households, the DWP highlights the increases brought in for universal credit standard allowances and local housing allowance rates in response to the pandemic, and explains -

'[The] changes in the entitlement of universal credit accompanied with no change in the benefit cap levels would impact on the number of households capped under universal credit and the amount they have their benefits capped by. The impact of these changes would be reflected in these statistics.'

Benefit cap: number of households capped to May 2020 is available from gov.uk

Benefit cap is undermining government’s response to coronavirus and should be removed during the crisis, Shelter says

Almost 80,000 households were subject to the benefit cap at February 2020, according to new DWP statistics